Museum curator Poppy Learman, wearing green velvet and an excited grin, led me to see how she and her co curator Liz Stewart, also in a fabulous green ensemble, had displayed my drawings at the new exhibition they’ve conceived and now realised, which has recently opened at The Museum of Liverpool.

Galkoff’s and the Secrets of Pembroke Place

Such a thrill to see the forty one drawings they chose, from over a hundred I listened to and drew, made into a massive wall of Liverpool voices and stories. 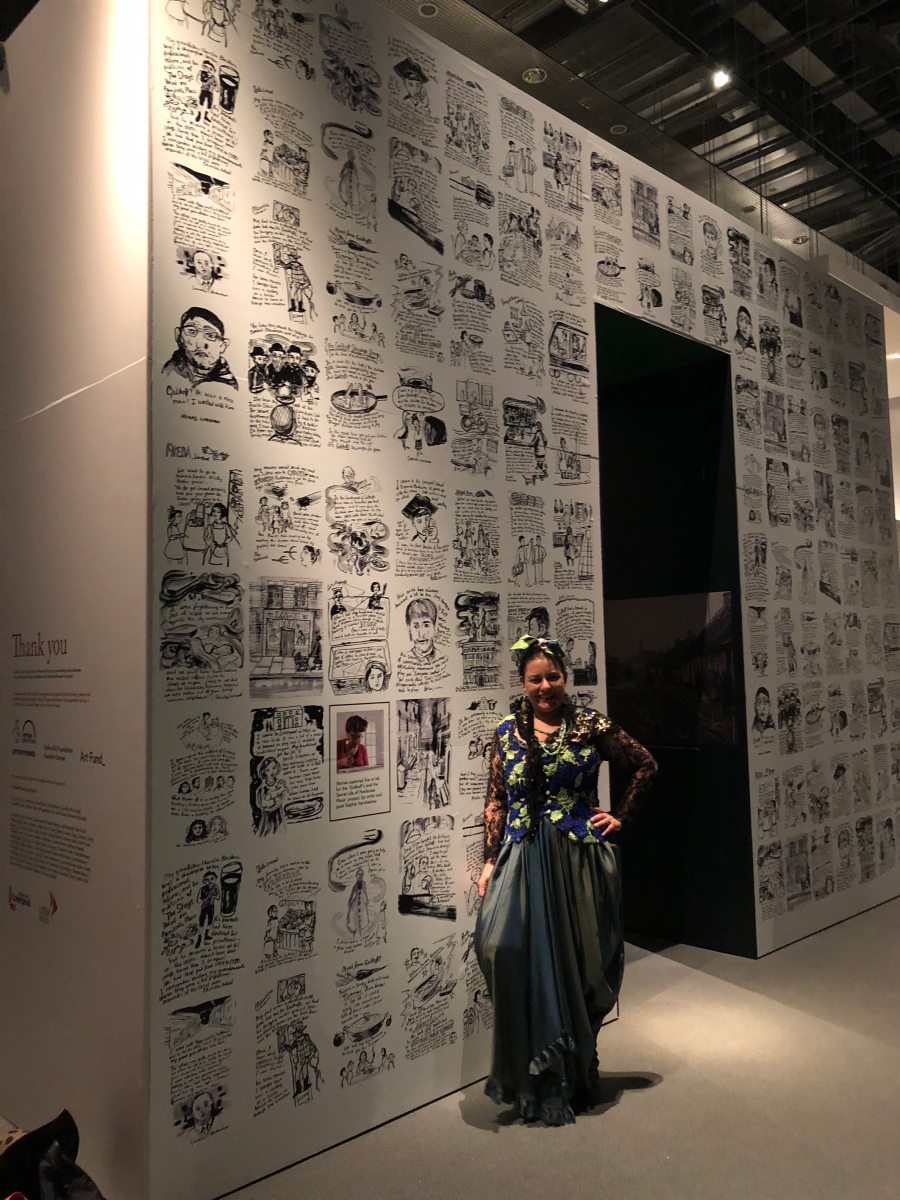 They’re pasted up on the reverse of the beautiful frontage of Galkoff’s kosher butcher which has been carefully reconstructed, tile by shiny green tile, inside the museum, as the centrepiece for a show that uncovers all kinds of history of its particular part of the city, once lively home and shopping area to many, including a busy and established Jewish community.

The sixty stories not pasted up, are also available to look at in a flip book which is part of the extensive display.

Every single person I met on my story collecting odyssey in Liverpool had something interesting and surprising to say! 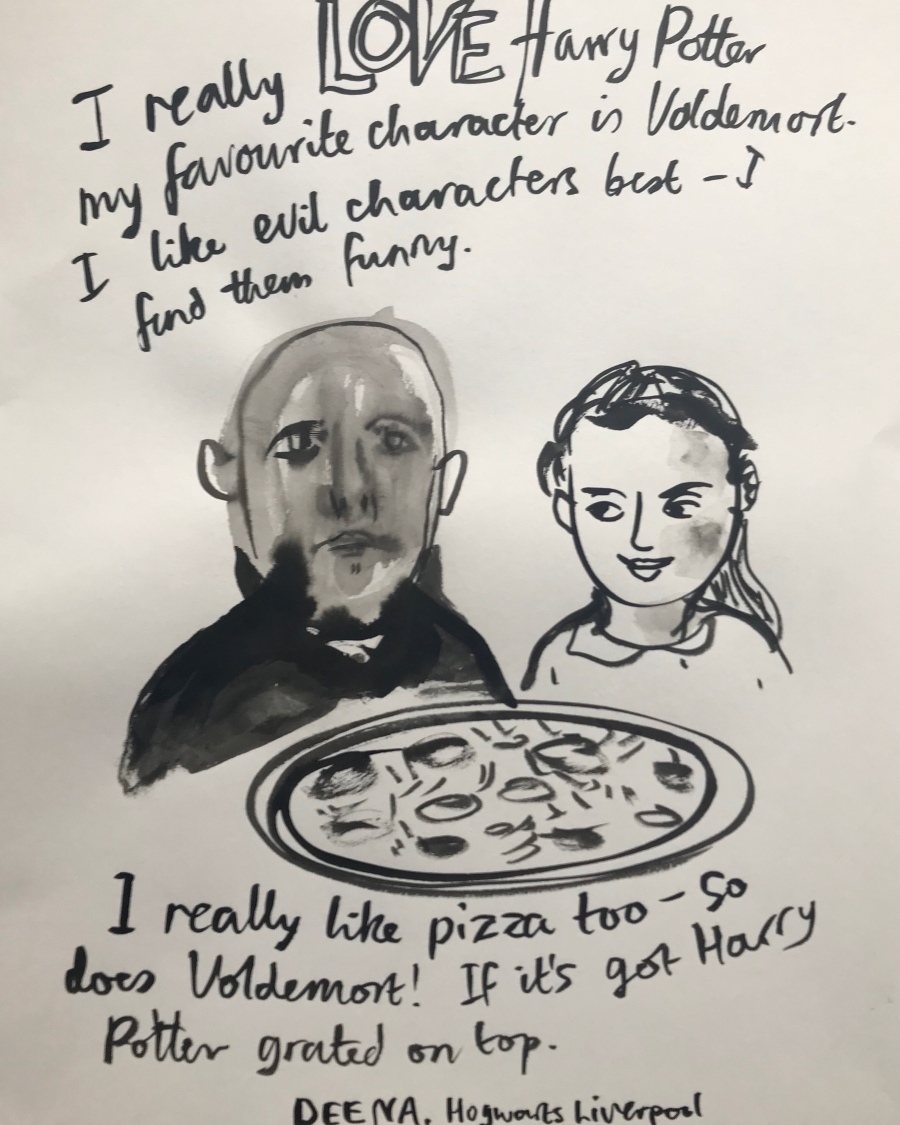 I’m looking forward to contributing to a symposium on the work around this show. It’s going to be on December 9th and I’ll talk about the story collecting process and read some poems.

If you’re in Liverpool, do visit the museum. It’s the perfect spot to take your imagination and do some time travelling, and once you’ve heard Galkoff’s Sausage Song for yourself, maybe also find some lunch.

Wearing shiny green clothes is optional. Or maybe just give yourself a polish and wear a glazed expression?

I'm an artist and poet, and quite often get involved with projects that combine poetry with print, or paint with stories. View all posts by Sophie Herxheimer