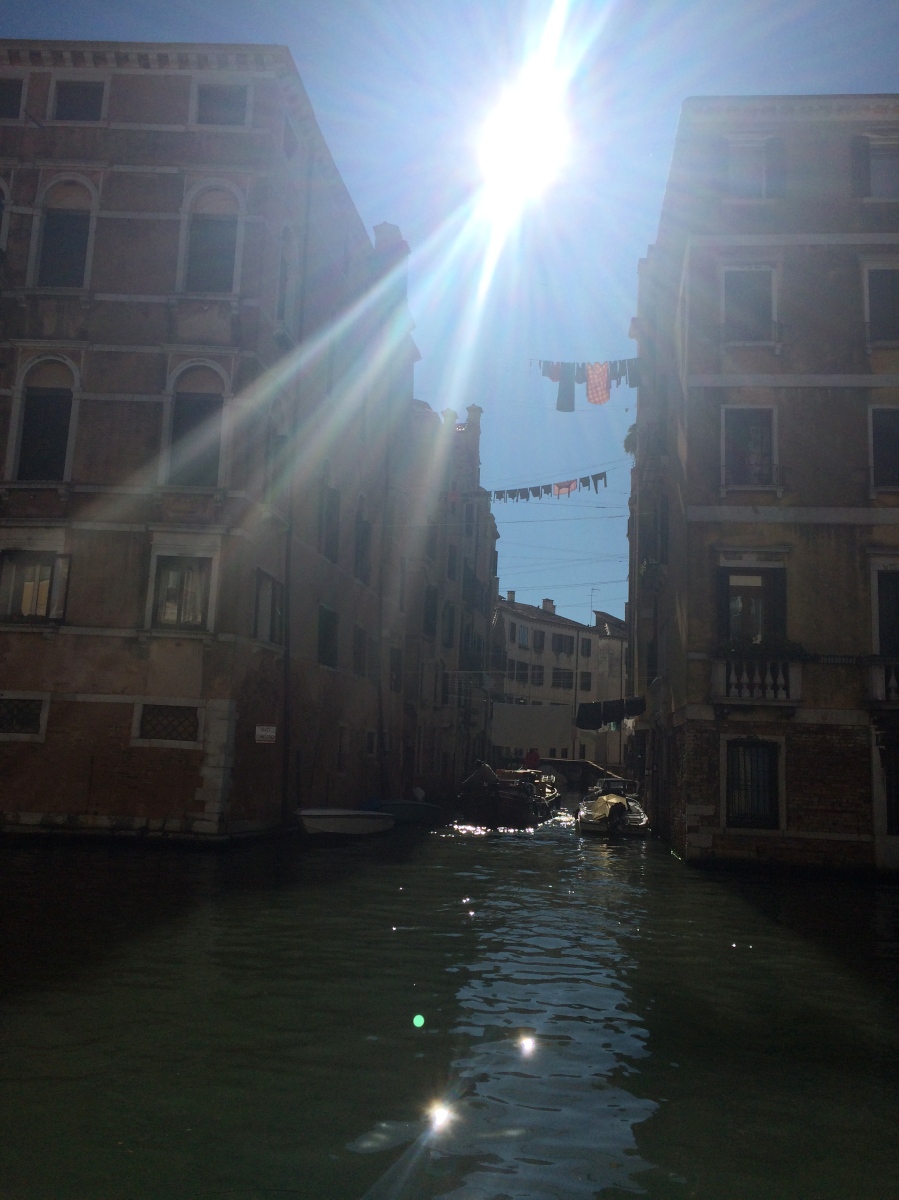 In October I was one of a group of eight artist printmakers engaged in making a new piece of work to commemorate the 500th anniversary of the founding of the world’s first ghetto.

This was a space established in Venice in 1516, on the site of the old foundry there, (making it one of the few campos without a church) that was created as a concession to Jews, permitting them residence in the city.

Originally the word would have had a soft ‘g’ as it was where the metal was thrown (or jettisoned,) a ‘getto’, but as the first wave of incumbents were Ashkenazy Jews, and strangers to the soft ‘g’, they pronounced it like get, and thus introduced the world to the ‘ghetto’!

The commission was to make a New Venice Haggadah, deriving inspiration from a beautiful edition published in Venice in 1609, as well as with reference to the contemporary community, and of course our own personal responses and processes.

The haggadah is the Passover text, and is like a script for use at the Seder table. It conducts all the members of the family through the story of the Exodus, with ritual foods, questions, songs and wine. It is a chance to think about oppression and slavery, and wish freedom to all who remain oppressed. There may be nearly as many haggadot and interpretations of the story as there are families who mark the festival.

We were invited to do this work by Beit Venezia, headed up by Shaul Bassi, (far left, above) and as well as us artists, Vassar professor Marc Michael Epstein, (far right, above) joined our group to show us some of the vast history of illustrated haggadot. We were also lucky to be shown many intriguing aspects of Venice and its workings by our events coordinator Barbara del Mercato.

Our group of eight artists came from the UK , the US, Belgium, Israel, the Czech Republic – and with varying degrees of knowledge and experience in both etching and Jewishness!

Our base for the three week residency was the  Scuola Grafica Internazionale di Venezia, a gorgeous and well equipped printmaking studio in Cannaregio. We stayed in apartments about a half hour walk away. My room made a nifty temporary studio.

A peal of bells came echoing out from this jaunty corner tower to wake us promptly at 7:00 each morning. 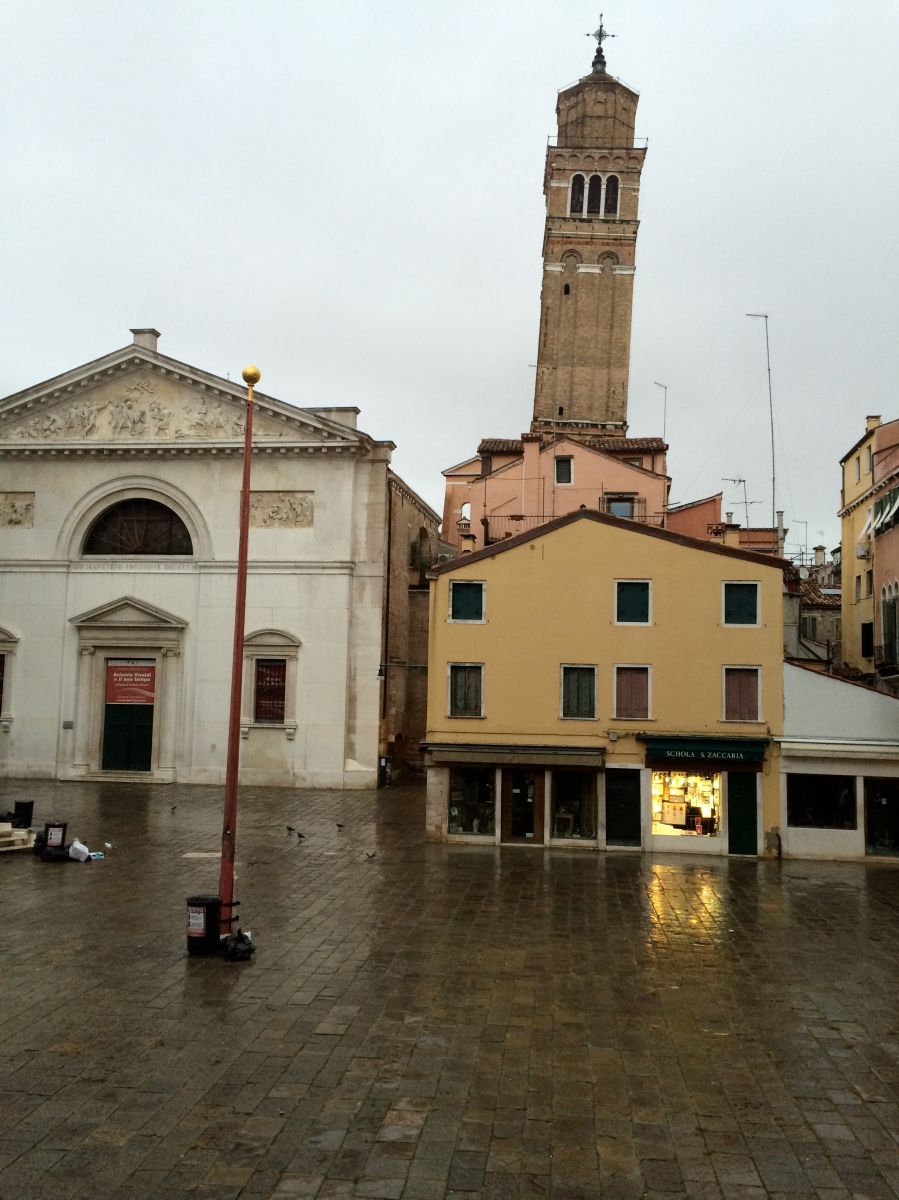 We read and thought about the text together in detail over the first week, as well as looking at significant treasures in Venice, such as the first printed Talmud there, which I was pleased to discover looks quite a lot like concrete poetry. 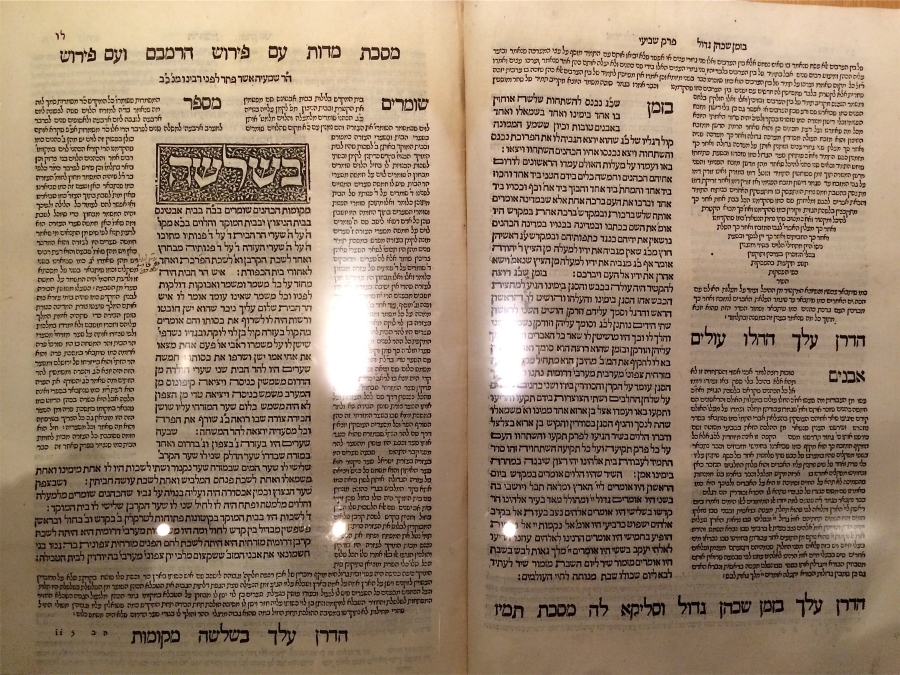 At the end of the first week Jacqueline allocated each of us two sections of the text to respond to visually. Mine were both densely emotional passages, one of suffering, one of joy. 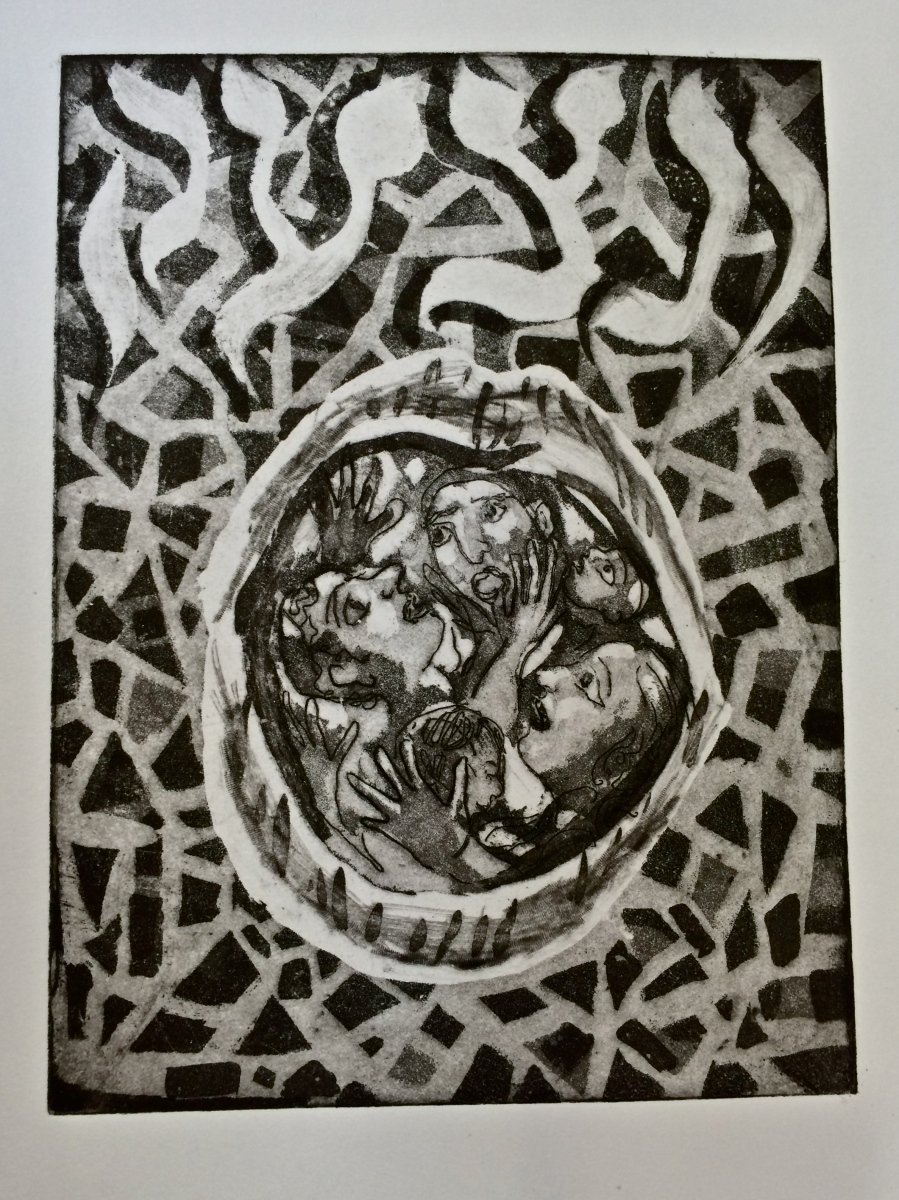 This was re: We cried out and the one below represents praise (very necessary Hebrew help came from my fellow artists Josh  and Jacqueline )

During the second week, we drew and prepared, then etched our copper plates… as well as exploring the city, getting lost and looking at as much art as we could possibly squeeze in around the coffees.

It is such a sensational city: light zipping off the water to illuminate everything from the intricate and wonky palaces to the vegetable delivery boats, and the bridges; more of which seemed to appear daily, like a baffling dream.

The original copper plates and the editions of 25 prints per etching per artist (we each made 3 plates, that’s why we were editioning 600 prints in week 3!) remain in Venice for now and will be exhibited as part of the ghetto quincentery events. A beautiful version of our New Venice Hagaddah is also in production in Jerusalem, and will be for sale in time for Passover 2016.

You can read more about the project in the current (January 2016) issue of  Jewish Rennaisance magazine, or watch us and laugh as we are dubbed in Italian on TV  – and see the studio, the ghetto and the other artists.

Thanks to all members of our group, who were wonderful to work with, to Jacqueline Nicholls in particular for inviting me, to Shaul Bassi of Beit Venezia and Lorenzo de Castro and Alan Rogers at the Scuola Grafica for hosting us, and to Barbara del Mercato for showing us Venice from the inside.

I have also written a small stack of new Venice poems, hopefully these will find a home one day, in or out of the poetry ghetto…